For The Few of Us That Remember the Last Boeing Slowdown. By, Jim Clifford

When I was in high school a huge Boeing slowdown was devastating for the greater Seattle area. Then again when I was just getting out of college and starting my real estate career, it happened again. The second slowdown lasted about 3 or 4 years and frankly created a real estate depression for South King County. It seemed back then; people got used to the idea that about every decade there would be a local economic recession in the Puget Sound region.

So here we are in late 2010’s and Boeing is again, having another slowdown. This one caused by two plane crashes of 737 B jets. Because of the crashes and investigations, the political fallout has started and will continue for a while. It will take time for Boeing to overcome the negative publicity. Meanwhile, production of Boeing planes in Renton will slow down so all the companies that supply parts or support Boeing workers will also have a reduction in activity and less work.

Is Boeing affecting the 2019 housing market?

Because housing in Pierce County and South King County is “more affordable” than the rest of King County there are more buyers looking here. Boeing is not the major employer of our region like it was from the 1960’s through the early 2000’s. Diversity of jobs and employment has made a significant difference. In Pierce County, Joint Base Lewis/McCord and the Port of Tacoma are the two major economic engines. Boeing has a production plant and a lot of Boeing subcontractors manufacture in Kent, Auburn, Sumner, and Puyallup but their percentage of total employment for this area is not as significant as it was 35 years ago.

If the production of 737 planes stopped, an impact to the local economy could be felt, but it would not create the devastation in housing that happened in the 1970’s and 1980’s. Our last major downturn in 2008 was caused by the national economic downturn that was a mix of multiple missteps by Wall Street and the Government. There will be another downturn in housing, but the question for us is when and why? Fortunately, it will not be caused just because of Boeing.

If you’re considering selling your home, have Jim meet with you and go over what you can do to make the most money selling your home. Jim has over 40-years’ experience helping people sell and buy homes with over 1500 listings sold in past twenty years. 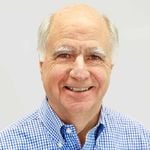 Designated Broker at Washington Realty Group. Over 40 Years as a trusted real estate agent. Nationally recognized Broker with over 10,000 contracts negotiated. Let me help you find the right buyer, sell at the best price and sell in the time frame you need to meet your goals.