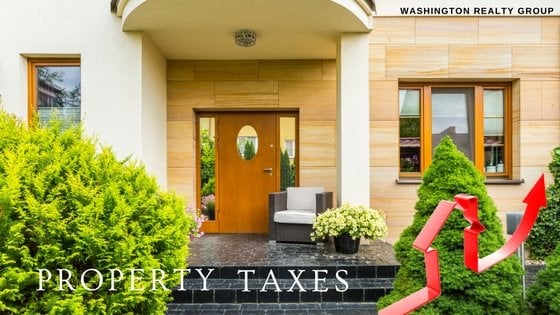 You may be seeing or hearing all the statements about how the tax refunds will be less this year. States with Income Tax that is true. It may be true for many people in Washington State, but frankly not as many as some other states. To know exactly how the new tax law will affect you, talk with an accountant, tax lawyer or your tax advisor.

According to the “Tax Foundation” The SALT deduction generally benefits states that have relatively large numbers of high-income taxpayers and high-tax environments. In New York, the deduction was worth 9.4 percent of AGI, while the average across all states and the District of Columbia was 4.6 percent. Just six states–California, New York, New Jersey, Illinois, Texas, and Pennsylvania–claimed more than half (51.6 percent) of the value of all SALT deductions nationwide. California alone was responsible for 20.7 percent of all SALT deductions. In summary, the benefits are highly concentrated in wealthy regions and toward upper-income taxpayers.

To read the whole article, go to

What is the reason for many people in Washington State not having the impact on their income taxes as many other states? The new tax law limits the amount of state taxes you can deduct to $10,000. If you own a home that you live in and pay more than $10,000 in property taxes, you will only be able to deduct a maximum of $10K. While most of us pay less in property tax than $10,000, the deduction also includes sales tax. If you purchased a big ticket item like a car, this could put you over the $10K maximum deduction.
In states like California, New York, Connecticut or New Jersey a large percentage of the people will pay more than the limit of state taxes. That is a big part of the reason there is a negative migration of seniors out of the high tax states to states with lower taxes and or no income tax. According to the Cato Institute “The raw data suggest that taxes do influence migration. Of the 25 highest-tax states, 24 of them had net out-migration in 2016. Of the 25 lowest-tax states, 17 had net in-migration. The largest out-migration is from high-tax New York, whereas the largest in-migration is to low-tax Florida. Florida is enjoying an influx of wealthy entrepreneurs and retirees looking for a tax climate that boasts no income tax or estate tax.”

For a copy of the full report:
Cato Institute Report Tax Reform and Interstate Migration

Now comes the question of fairness. States like California are complaining that not allowing the full deduction of state taxes is not fair. The other side of the argument is allowing states to have unlimited state tax deductions means that low tax states are subsidizing the states with high taxes. Since most low tax states average income is less than the high tax states, this means lower income people subsidizing higher income people.

The ironic side of this is that most of the politicians that want full state tax deductions from federal income taxes are also the same people who want to increase the federal tax rate on the wealthy.

If you’re a senior living in Washington State, you may want to consider how much property tax you are paying. It may be part of the overall reasons to think about downsizing but not the main reason to downsize. If you are going to downsize, look at the property taxes of where you are going to buy. Again, it should not be the reason to buy or not buy, but it should be part of the decision process.