Mortgage Delinquencies Rise 20% in May 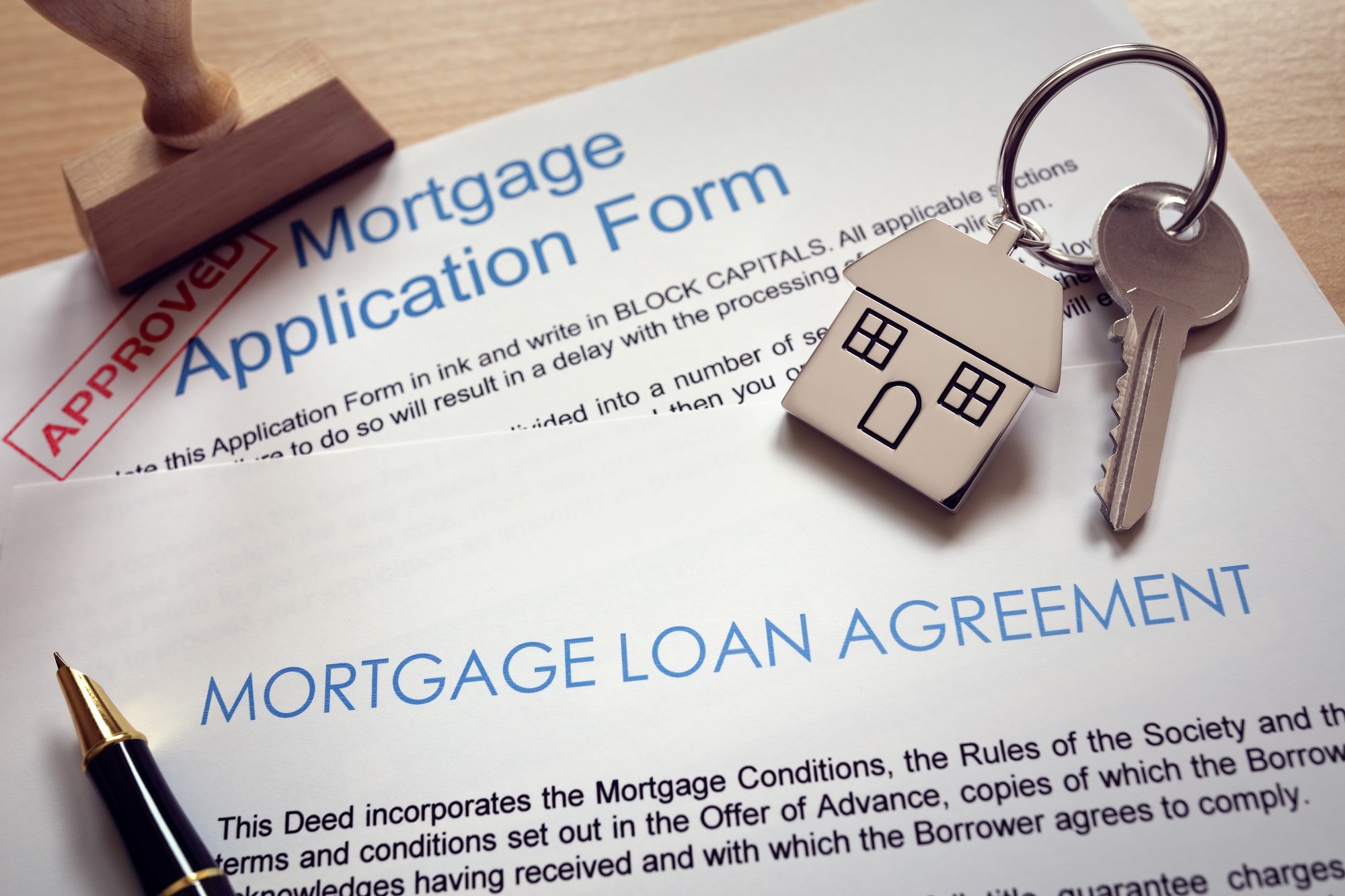 DS news is one of many online real estate news services I subscribe to and this blog is a response to an article written by Krista F Brock for DS News in June 2020. Her article is attached at the end of this blog.

When the government ordered the shutdown of our economy in March, the first Covid-19 legislation included forbearance provisions. Homeowners of government type mortgages upon request of forbearance were given automatic approval for a couple of months. Lenders of non-governmental mortgages followed suit.  Many state Governors made it part of their emergency powers or state legislatures passed requirements that lenders give a forbearance. The states also required allowance for non-payment of rent (but not forgiveness of the rent). This is basically the same thing as forbearance of a mortgage. The homeowner can decide not to pay, but the mortgage is still owed. The difference for homeowners is that the interest continues to accrue so the actual amount of debt goes up during the months of nonpayment. A renter still owes the unpaid monthly rent payments but is usually forgiven for any late payments or penalties.

The good news, most homeowners continued to pay their mortgage payments, and most renters paid their rent.

Still, we now have the highest number of mortgage delinquencies since 2011 at approximately 4.3 million. In February 2020 there were 1.3 million mortgages were delinquent. The 4.3 million sounds like a huge number, but it is less than 5% of the total mortgages of residential properties in the United States. In 2010, the percentage of delinquencies was at almost 9%. Mortgages with approved forbearance are considered delinquent, so most of the 4.3 million are people who requested forbearance from March through June.

The forbearance time allowed for homeowners to not make payments is starting to run out. It is imperative that if you are one of these homeowners (or if you know someone who is) that you stay in contact with the company that collects the mortgage payments. The mortgage servicer is the company that collects the payments. A little know fact is that that the loan servicer company continues to pay the “investor” the monthly interest and principal payments even during the forbearance. There is a huge incentive for these companies to make you catch up on your unpaid mortgage payments. Expect these companies will be overwhelmed by the sheer numbers of people they need to deal with and if you do not take the initiative, you could find they have moved your loan over to a foreclosure department so they are not required to make the monthly payments. That can have serious negative consequences for you.

Government loans such as FHA, VA, or USDA have very specific guidelines on how the unpaid mortgage payments will be repaid. That is not true for non-government loans. While Fannie Mae, Freddie Mac, and PennyMac will have guidelines for their mortgages there can be differences depending on many factors. Loans sold to other investors may have different requirements for repayment of the unpaid mortgage payments.

What to do now? As I stated, stay in touch with your mortgage servicer and ask what alternatives there are to “make up” the mortgage payments. Expect that the person you talk with at first will be replaced by someone else and that you will have to start over asking the same questions. The servicer wants you to make up in whole all payments as quickly as possible even if that means obtaining a new mortgage to pay off the existing mortgage.

Get a current market value of your home and update it every 60 days until you have a signed agreement with your mortgage lender on the readjustment of your mortgage payments. You do not want the market to have a sudden change of values in your neighborhood and discover you no longer have as much equity or that your payments will require the addition of private mortgage insurance because the mortgage company thinks the loan to value ratio is now more than 80%.

If you are an owner of investment property you could find yourself in a difficult situation. While you may have to make payments the state may require you to allow your renters to continue nonpayment of rent. If that happens, talk with your servicer and see what they will allow you to do. If the lender will not continue the forbearance until the renter starts paying, there are strategies to keep you invested in real estate that could actually be beneficial to you in the long term.

Because the nation blamed the 2008 economic recession on mortgage lenders, they were very slow to foreclose and did everything possible to allow homeowners to stay in the home as long as possible whether the homeowner tried to pay their mortgage or communicated with the lender. That will not be the process this time. Expect that lenders will try to work with homeowners provided the homeowner makes efforts to pay their debts and stay in communication. If the homeowner does not make the effort to bring the mortgage out of forbearance, expect the lender to make start the foreclosure process more quickly this time.

One major difference this time, the real estate market is very strong. If you need to consider selling your home give me or one of the Brokers at our office a call. We will discuss your situation and keep it confidential plus give you alternative marketing possibilities and allow you to choose what is best for you.

Jim Clifford has over 40 years’ experience helping people sell and buy real estate. Has been named one of the top 100 real estate brokers twice by the Wall Street Journal and is a member of the National Association of Realtors Certified Residential Brokers.

The article below was written by Krista F Brock for DS News in June 2020.

Mortgage Delinquencies Rise 20% in May

About half of COVID-19-related forbearance plans expired last month, and one-fourth are set to expire this month, leaving mortgage loan servicers with the task of reviewing more than a couple of million loans for forbearance extensions or payment eligibility.

With 4.1 million homeowners past due on their mortgage loans, the national delinquency rate is now 7.76%, according to the latest Mortgage Monitor from Black Knight.

Delinquencies jumped 20% and 1.3 percentage points higher in May, which Black Knight noted, “would have been the worst single month ever recorded if it weren’t for the 3.1 percentage point increase the month prior.”

Today’s delinquency rate is up 4.5 percentage points from the 3.2% record low recorded back in January.

The total number of loans that are either past due or in foreclosure is 4.3 million, up from 2.3 million at the end of March, according to Black Knight. However, the foreclosure rate is down by 5.8%.

Of those 4.3 million homeowners, 3 million have become delinquent over the past three months, while just 1.3 million were delinquent in February, prior to the COVID-19 pandemic hitting the nation.

About 90% of mortgages that have become past due since the start of the pandemic in the United States are in forbearance with their servicer. About 40% of loans that were delinquent before the pandemic have also entered a forbearance agreement.

The share of mortgage payments received through late-June is similar or a little higher than the rate from May, according to Black Knight’s McDash Flash Payment Tracker.

“This suggests we could see a leveling off, or even improvement in mortgage delinquencies when June’s month-end mortgage performance numbers are reported in mid-July,” Black Knight stated in its Mortgage Monitor.

However, with COVID-19 cases on the rise in some areas, there is still uncertainty regarding delinquencies.

Black Knight detected some seemingly good news regarding home purchase loans. In-person property showings were down 63% over the year as of mid-April, but they have picked up since. At the start of this month, showings were 15.7% higher than they were a year ago, perhaps signaling that some missed sales opportunities from spring will be made up this summer.

Black Knight also detected purchase lock rate activity at its highest level all year in the third week of June. Purchase lock activity for the first three weeks of June was 60% higher than the previous month and 21% higher than a year ago.

Also notable, the record low mortgage rates of late put a significant number of homeowners in a position to potentially benefit from a refinance. According to the Mortgage Monitor, 13.6 million homeowners could save an average of $238 per month with a refinance based on May’s average rates.

Krista Franks Brock is a professional writer and editor who has covered the mortgage banking and default servicing sectors since 2011. Previously, she served as managing editor of DS News and Southern Distinction, a regional lifestyle publication. Her work has appeared in a variety of print and online publications, including Consumers Digest, Dallas Style and Design, DS News and DSNews.com, MReport and theMReport.com. She holds degrees in journalism and art from the University of Georgia.